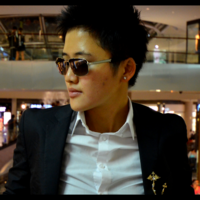 Karen has been ranked #1 in a Singapore nationwide Forex trading competition, competing with over 200 traders from NUS, NTU, SIM and SMU. She was also ranked 10th in a contest organized by FX Street, competing with over 3000 traders from over 20 countries. She has shared the stage with top investment gurus and CEOs at an international expo held at Marina Bay Sands. She is also the contest judge for numerous public speaking contests held around Singapore, ranging from club level to the National level contests

Having overcome numerous setbacks in her life, she has gone on to inspire thousands of youths working executives and leaders of various companies to REALIZE THEIR ABSOLUTE WILDEST DREAMS through her INTERACTIVE, INSPIRING AND ENGAGING TALKS. Being labelled as the “quietest student and underachiever” throughout her life, she went on to win numerous awards in public speaking contests, scholarships and hosting large-scale events as an emcee.

She was then featured in various print media for her academic achievements. She has also been invited to speak at an international conference to leaders from Brunei, China, Hong Kong, Laos, Malaysia, Vietnam, Indonesia, Myanmar and Singapore..

Her wide range of experience has led her to co-author a book, “Turning Ideas into Profit” with 10 other Asia’s experts and professional speakers. Karen is also a contributing author of an investment book titled “Your Cash Moves”, foreword by Adam Khoo, Asia’s Top Success Coach.